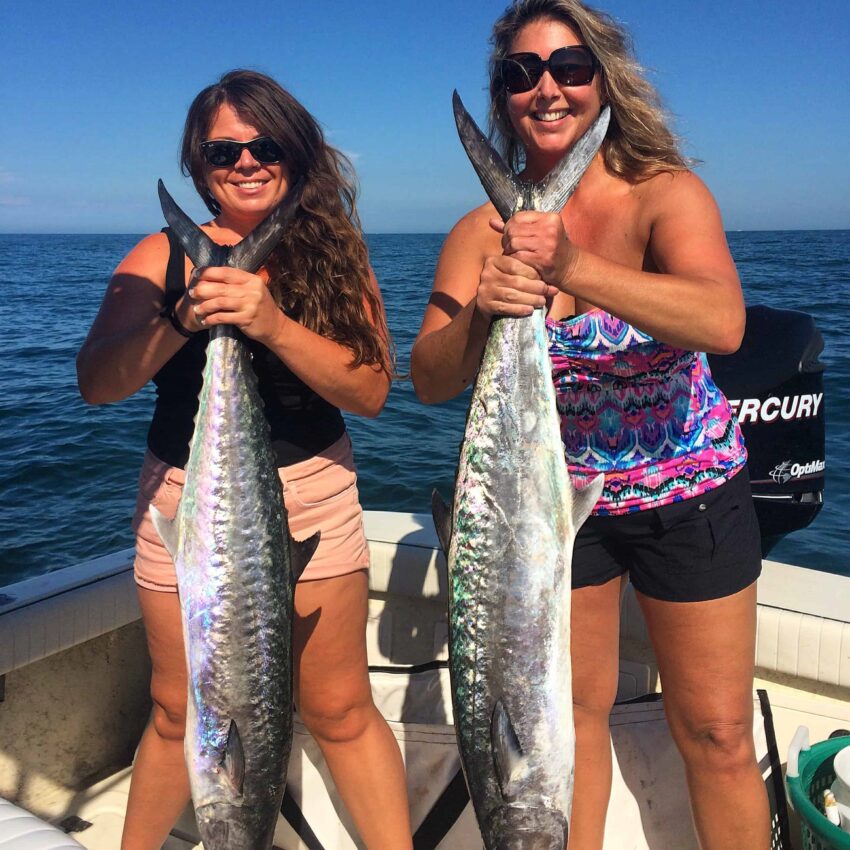 Fishing is a very popular sport in the United States. It has been an important and widespread activity for more than 40,000 years. Many people still use this ancient method to get food and a livelihood. Others do it for recreation and fun. Many anglers want the sport fishing glory.

You might have experienced the thrill of fighting big fish if you’ve been fishing for a while. This is especially true if you are targeting saltwater species via deep-sea fishing. Every angler dreams of telling the story about their catch, whether it’s on their sport fishing trips or in the waters they love. Any angler who is keen and competitive will be motivated by the feeling of achievement, wonder, or bragging rights that comes with a successful catch.

To give you more motivation, here’s the complete list of the top 10 largest saltwater fish caught anywhere in the world. It was compiled from the International Game Fish Association record.

Luke Sweeney, a sailor from Chatham, Massachusetts, caught a 1,221-pound (553.8kg) shark on July 21st, 2001. Sweeney used bonito for bait. Although sharks are not considered large fish in comparison to other game fish you can expect to see many of them on this list. You might consider shark-fishing next time you are planning an adventure in angling!

Bucky Dennis caught the biggest catch of his life after fishing for more than five hours in Boca Grande. He landed a great hammerhead Shark at 1,280 lbs (580.6 kg). He was fishing from a 23-foot boat with a stingray as bait when it all happened.

Clemens Rump was able to capture a massive 1,298-pound sixgill Shark at sea in the middle Atlantic Ocean. The shark was captured near Ascension Island using dead bait.

Paolo Amorium enjoyed an amazing fishing trip on the waters off Vitoria, Brazil. It was here that he caught an Atlantic Blue Marlin which weighed 1,402 lbs and 2 ounces (636 kilograms) using a Moldcraft lure. This happened exactly on a leap-year date of February 29, 1992, making it even more special.

Terje Nordvedt landed a Greenland Shark in Trondheimsfjord (Norway) on October 18, 1987. It weighed exactly 1,708 lbs and 9 ounces (775kg). This is the largest fish ever caught by anglers. Nordvedt lured the fish with herring.

Kevin James Clapson secured the second spot on this listing when he captured a massive tiger Shark that weighed exactly 1,785 pounds and 11oz (810 kg) on March 4, 2004, The tiger shark was captured in Ulladulla (Australia).

Finally, the largest fish ever caught in the world today is the great White Shark out of Ceduna, Australia. Alfred Dean is an angler to be envied. His trophy catch and top spot are unbeaten since April 21, 1959. 2,664 lb (1,208.38 kg) was the largest fish ever caught. This included saltwater and freshwater fish. After fishing for approximately 50 minutes, Dean lured the great white shark using a porpoise. This is the only species that has surpassed the 2,000-pound mark and it’s a big one!