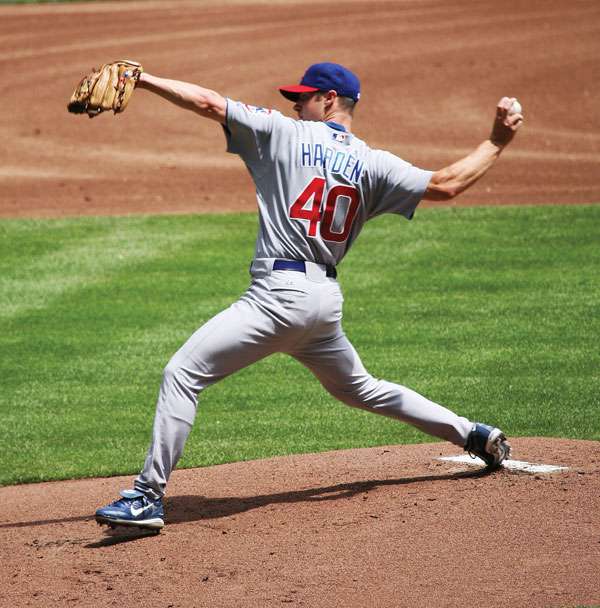 Softball Injuries Softball is not a dangerous sport, but because players are exposed to repetitive aggressive movements, collisions with each other and equipment (such as balls and bats) flying wildly, the risk of getting injured is always present. Injuries can definitely be avoided, but it takes a good number of serious steps to successfully pull off. Everyone is in it together, including parents, in the case of young players. There are two categories of softball injuries: the overuse and the acute. Overuse injuries occur when a tendon and/or a muscle are used too often without being given enough time to rest and recover. They are more common than acute injuries, although they may be more severe. The back, shoulders, forearms, wrists, hands and knees are the most commonly used body parts/groups of muscles in softball, and hence are the most injury-prone. The shoulder tendonitis, or the rotator cuff tendonitis, is an inflammation of the shoulder tendons which affects many pitchers. Knee tendonitis, meanwhile, can be observed in all players because of all the running and fielding that everyone has to do. It is very important that an overuse injury be detected and treated early. When left to persist, it can lead to long-lasting and even permanent damage. Acute injuries occur as onetime events, such as bruises from player collisions and being hit by a ball, concussions, ankle sprains and twisted knees. The anterior cruciate ligament, more commonly known as the ACL, is perhaps the most vulnerable ligament not just in softball, but in many other sports too, including volleyball, badminton and basketball. These sports require frequent and abrupt movements of the legs and changes in direction, which, when performed incorrectly, result to the tearing of the ACL. Softball Equipment How to Avoid Injuries. Use safety softball equipment. Safety equipment that are used in softball include helmets, catcher’s gear, elbow guards and shin and foot guards. Tournaments require that helmets be worn by all batters, base runners and players on deck or warming up. Some NCAA conferences even request that base coaches wear helmets too. Catchers should always have their protective gear on, which must include a helmet and mask with a throat guard, a chest protector and shin guards. Elbow guards and shin and foot guards for batters are optional. Safety softball equipment must be worn religiously because they are the first line of defense against injuries. Proper training. Correct training encompasses learning the right techniques and skills and not exceeding the recommended number of repetitive movements. Some specialists advise that flexibility in pitchers should be emphasized, instead of strength. Techniques and skills that have been scientifically developed produce the least amount of and the elimination of unnecessary movements. Limiting the number of repetitive movements, particularly pitches, reduces the risk of overuse injuries. Other game-time safety measures. There are lots of safety measures that can and should be done during games: For young players, it is advisable to rotate to their positions; Pitchers, especially young ones, should observe the recommended number of pitches, which should include the games they play with other teams (if they play in teams in two separate leagues, they should split the recommend number of pitches between those two teams); Girls below 13 years of age should not pitch two days in a row; those aged 13 and above should not do it three days in a row Everyone should not be playing all year-round; Always do stretches and warm-ups. When feeling pain for more than a week… If you are hurt and the pain has not gone away for more than a week, you need to be examined by a doctor. Tell him/her exactly how you feel, and do not return to play until cleared the same doctor or any other health professional. how to Avoid Softball Injuries